Exporting to PowerPoint 3: How to make changes to existing PowerPoint reports This is the third blog in the series of posts about using Displayr to create and update PowerPoint reports.

In my first post, we covered the 10 advantages of creating PowerPoint reports in Displayr. The second post outlined the steps required to create a PowerPoint in Displayr from scratch and introduced how you can update an existing PowerPoint document.

Creating a report template and automating it for future reporting is a great way of saving time and working more efficiently. But more often than not that's not the end of it. In the vast majority of cases, reports evolve over time. Requirements change and reports need to be updated accordingly.

In this post, I will show you to use Displayr to make changes to your PowerPoint reports.

For the purposes of this post, an object refers to a chart, table, text box, or an image created in Displayr.

How updating works in Displayr

Updating in Displayr is based on GUIDs (Globally Unique Identifier code). Every object that can be updated from Displayr is assigned a GUID. The GUID can be found in the Object Inspector on the right of your screen under Properties > GENERAL > GUID. If you wish to copy the GUID, select the output and go to Copy > Copy GUID. 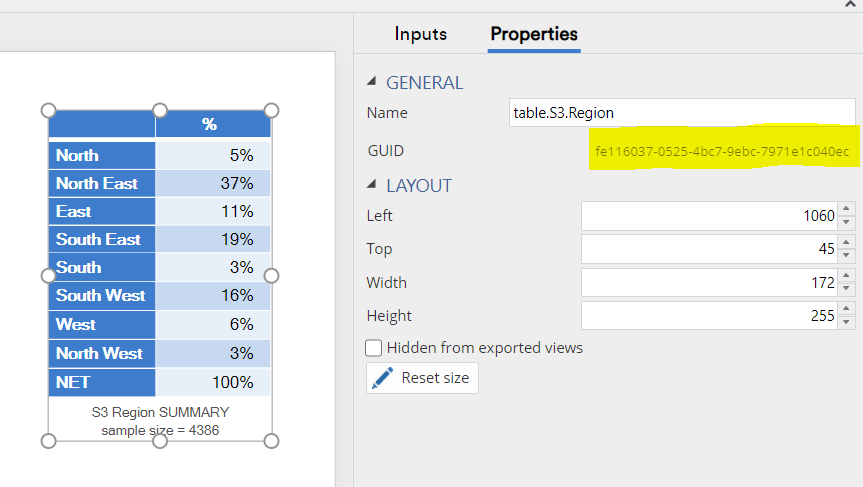 During the initial export (see Create a new document) the GUID of each object is recorded in PowerPoint in the Alt Text field.

This field is accessed in PowerPoint by right-clicking on an object and selecting Edit Alt Text... 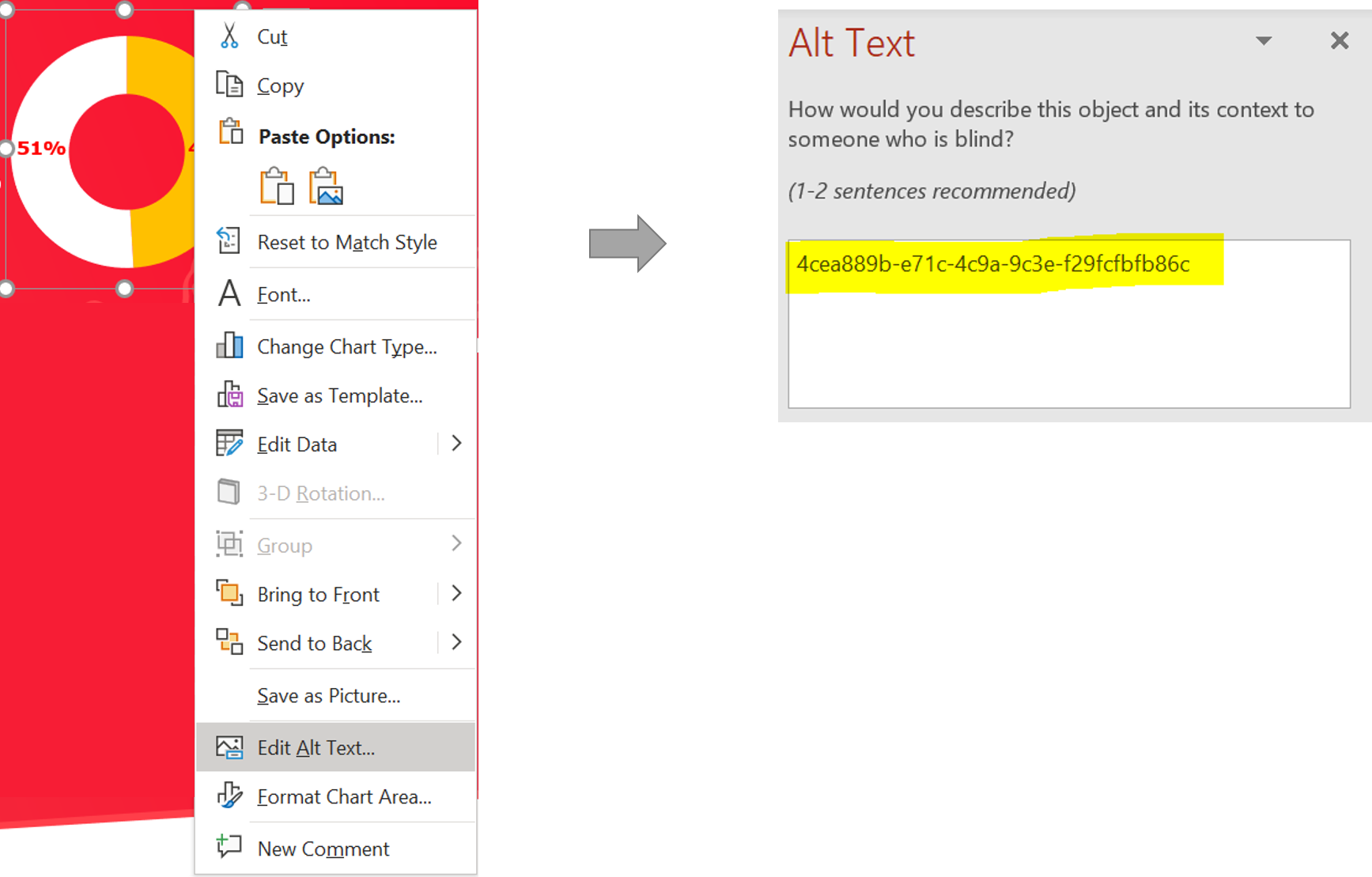 In case Displayr can’t match the GUID number it won’t export the object. Displayr will only update the objects found in the PowerPoint document, without adding or removing any objects from it. You can also remove a GUID from a PowerPoint object in case you don't want it to update (e.g. a Title text box).

To add a new slide to your report follow the below steps. For more details on how to create a PowerPoint report in Displayr see the previous post in this series.

A GUID has been assigned to all the objects on the new slide linking them back to the Displayr document. To reiterate, any objects not present in your PowerPoint report will not get exported when Updating an existing report.

The exported object will have a GUID assigned which and can be updated at a later stage.

In order to be able to link a PowerPoint object to Displayr the two objects need to match. For example, the layout of the data table within the PowerPoint chart will need to match the layout created when exporting a slide from Displayr. It might take a couple of tries to get it right.

If you have any questions or need help you can always contact the technical support team by dropping them an email on support@displayr.com.